Since living in Singapore, Vietnam is continuously referenced as a must visit. We’ve also had friends from both South Africa and the UK visit Vietnam for extended lengths of time so with another public holiday looming, the choice was easy – Vietnam it was. We just had to decide where we could do a holiday justice for a long weekend from Singapore and decided on Hanoi.

The main reason for picking Hanoi was its proximity to Halong Bay. With a flight time of just 3 hours, we arrived in Vietnam and had to navigate the Visa process. Some nationalities need a visa in advance for all visits and this list is constantly changing so it is best to always check the latest regulations. A British passport is one of the few visa exempt countries but I needed a visa with my Irish passport so I opted for the Visa on Arrival (VOA) route were an online visa agency handles the process for you.

The process for a VOA is pretty easy. You need to fill out an online application form and pay the agency fee (around US$20). You’ll then receive an email with your VOA approval letter signed by Vietnamese immigration (within 2 working days) that you print out and show on arrival. On arrival you also pay your visa stamping fee in US dollars, cash only of US$25. It is recommended to go with a reputable company when doing your visa. I had a very efficient and breezy experience with Vietnam-Visa. I also opted for the fast track option where you don’t have to wait in line for your visa to be stamped which on our occasion wasn’t really necessary but you never know what the queues will be like.

One thing to note is that when you receive your VOA approval letter, your name will be amidst a list of other names – this is quite normal as your application is processed in batches.

Unfortunately Vietnam isn’t without its scams and one scam in particular was mentioned to us to watch out for on airport arrival. Taxi drivers posing as a hotel pick up will scam you into their taxi and take you to a hotel they are working with so the best advice is to pre-arrange a transfer with your hotel and use reputable taxi brands and meters where possible.

We chose the La Siesta Trendy hotel for our stay in Hanoi and what a choice it was. Everything was executed with perfection and professionalism from the arrival drinks, snacks and introductions to sending us off with a gift. Personal attention to detail was a permanent fixture and it is probably the best hotel experience we’ve had to date – in fact it recently voted 10th on the 2018 Tripadvisor Traveller Choice Awards: best hotels. 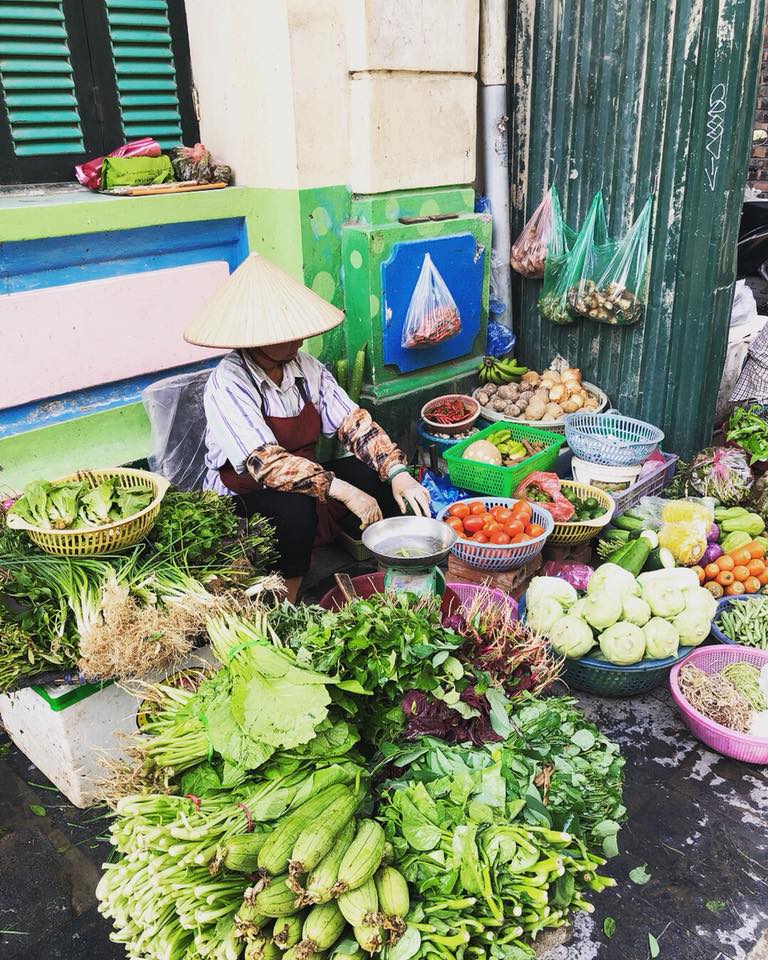 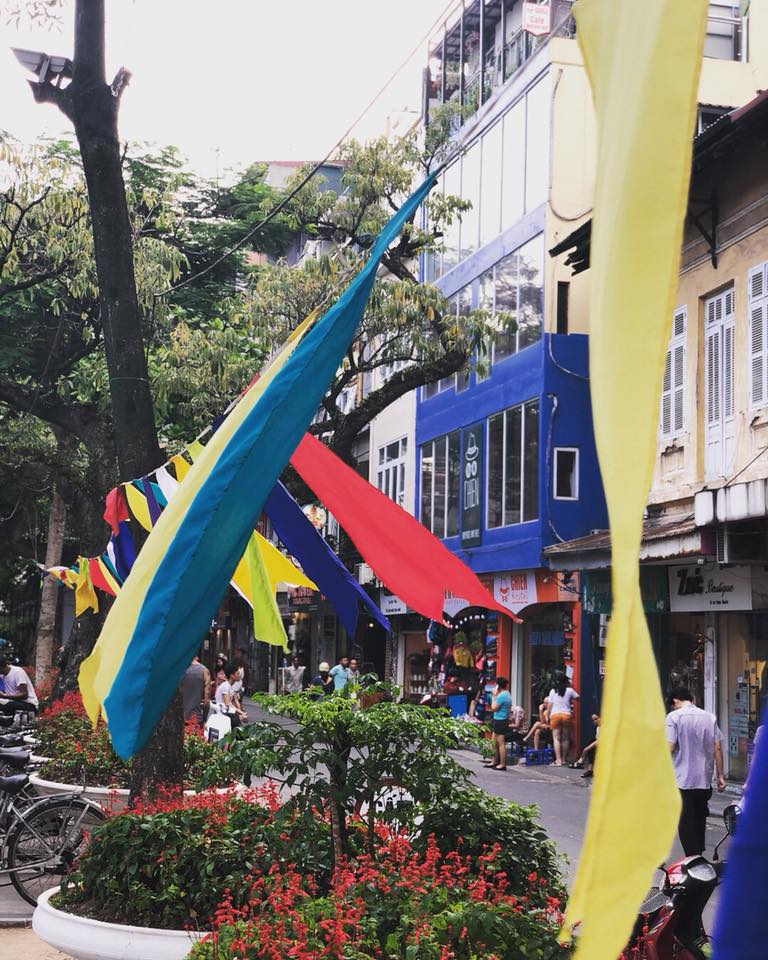 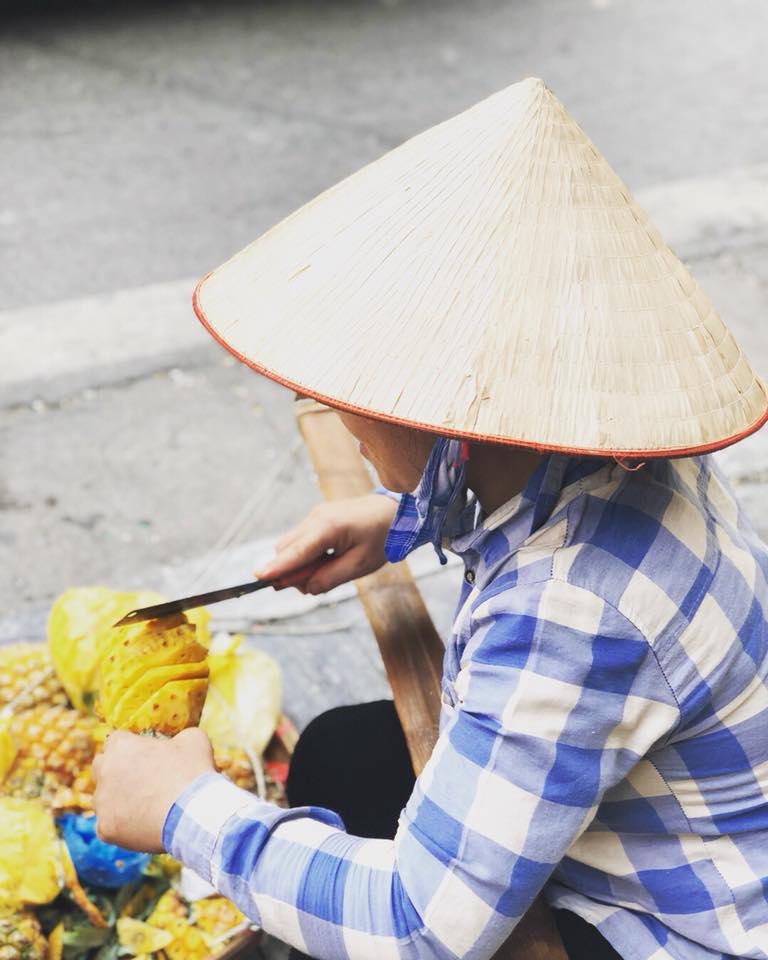 The hotel is based in the old quarter of Hanoi and I would recommend this area to stay blending narrow streets, tiny shops and colonial architecture – its cultural influences are ever present around every corner. Some of the streets are still named for what was once sold on them and you’ll find streets dedicated to silk, silver, electrics, leather etc. Another great option to stay is the La Siesta Hotel & Spa, the sister hotel to ours – a top hotel in Vietnam, in fact the world and in line with accommodation in Vietnam, very reasonable for exceptional quality.

We took to the bustling streets of Hanoi to spend an afternoon exploring amidst the traffic and darting motorbikes. Bustling is probably an understatement – chaotic, overwhelming and at times terrifying probably better describes navigating the streets of Hanoi especially in comparison to the order of Singapore. Crossing the road was a major feat especially for those who know my mild and rather ridiculous but ever present fear of street crossing. Soon enough we got the hang of things though and learnt that you need to walk at a constant pace allowing oncoming traffic to apprehend your next move – running and/or turning back is a big no. We also found strength in numbers so we latched on to fellow tourists and even better locals to help cross.

Although July and August are mid-summer months, the temperature in late May had already reached 36 degrees so it was pretty hot walking around. We made our way to Hoan Kiem Lake to explore its peaceful and quiet perimeter. Here you can also find Ngoc Son Temple, a pagoda sitting in the centre on a small island and was built in commemoration of the 13th century military leader Tran Hung Dao who was renowned for his bravery in the battle against the Yuan Dynasty.

From here we visited the French Quarter taking in some of the French influence of Hanoi which you can see in some of the architecture, food and language. In the past under the domination of the French colonialist, Hanoi was separated into three regions which were French, Vietnamese and concession area. We stumbled across Pasteur Street Brewing company, a great find to sample some of the local craft beer. That evening we decided to eat at the hotel restaurant, Red Bean Trendy, a noteworthy spot in Hanoi and dined on spring rolls, roast duck and bamboo beef. 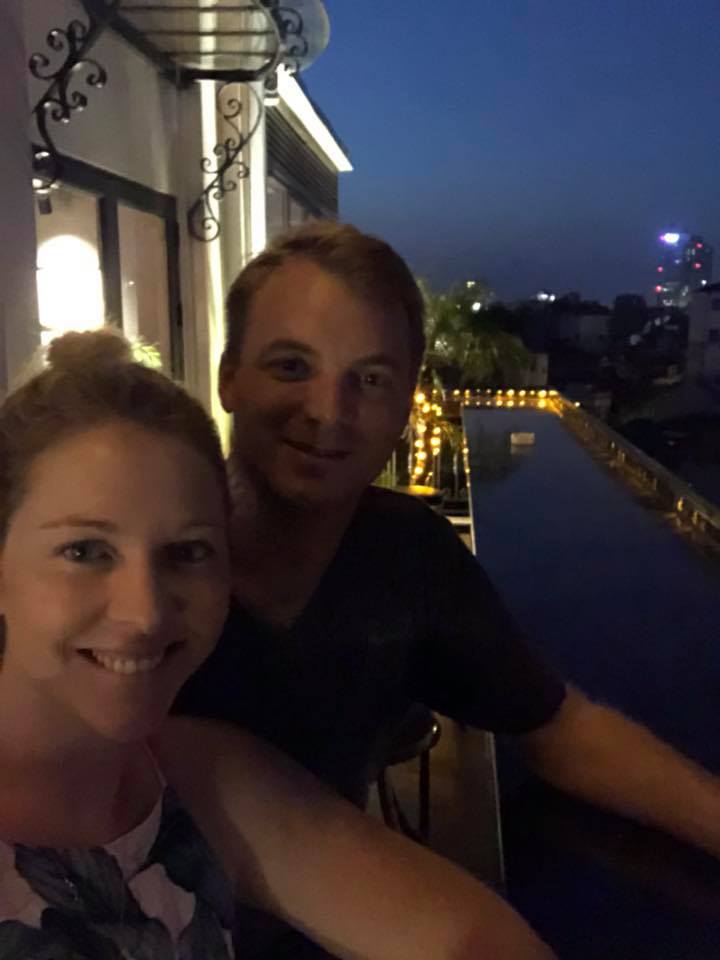 Our transfer collected us at 9am to join our boat in Halong Bay. Halong Bay is known for its towering limestone pillars and tiny islands. Designated a World Heritage Site in 1994 and is honestly unlike any other place I’ve been.

I did quite a lot of research on boats in Halong Bay as there are so many companies and offers available. We settled on the Azalea cruise as part of the Orchid cruise group for a few reasons – a. the boat is pristine and new b. the room views and bathtub c. the great reviews (so important with so much choice) and d. the fact that instead of focusing on Halong Bay, we explored the quieter Lan Ha Bay. We opted for a two day, one night trip and this was perfect to get a good feel of the area.

I would definitely recommend a night on a boat to get the full experience – we spent two wonderful days exploring caves, swimming, kayaking, enjoying the natural beauty of the many islets and even tried our hand at preparing the popular Vietnamese dish – the spring roll. 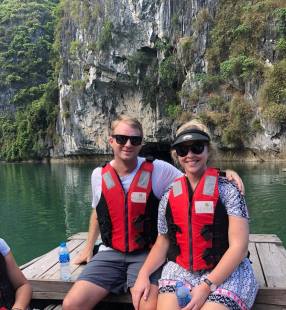 The next day we returned to La Siesta Trendy, a quick two hour trip with the new highway in place and grabbed a quick bite to eat at Menu Vivienne for delicious Pho – a great spot overlooking the St Joseph’s cathedral followed by some souvenir shopping.

That evening we opted for a street food walking tour and this was a definite highlight. When I think of Vietnam I will always think of food because it is everywhere. From street food and local eateries to fine dining, Vietnam is somewhat of a foodie capital and Hanoi is no exception. We booked a food tour with Ha Food Tours via our hotel and I would highly recommend this outfit – we had Kelly as our guide who knowledgeably led us on a wonderful tour where we tasted dish after dish of delicious street food and hidden gems in the heart of Hanoi’s old quarter. Dishes included; Pho ga iron (dry chicken noodle soup), Banh mi (Vietnamese bread, almost like a baguette), Banh cuon (steamed rice pancake), Nem ran (fried spring roll) and the famous Ca phe trung or egg coffee at Cafe Giang which is a must and tastes much better that it sounds.

Bia Hoi is a type of local draft beer and also the name for the outdoor cafes that serve it. You won’t pass a street without seeing mostly men crammed onto tiny sidewalk seating for drafts directly from the keg. We also visited Beer Street or Ta Hien Street and every time the police convey rolled by we had to vacate the sidewalk, beers, tables, chairs in hand until they has passed – quite the experience. 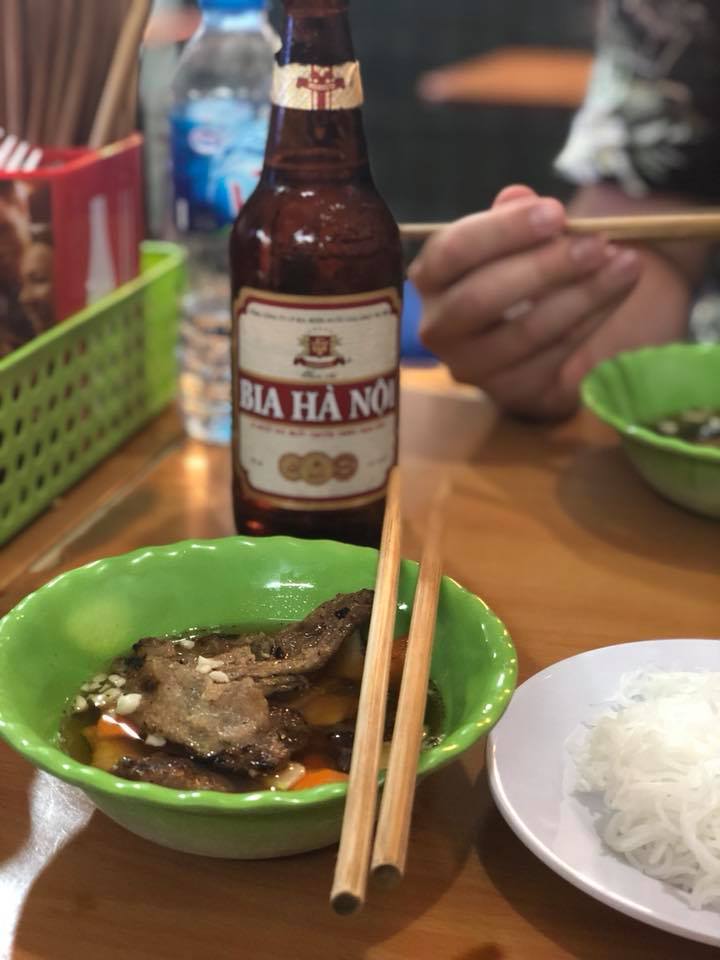 Other noteworthy restaurants include;

There is so much of Vietnam to explore – other travellers we met along the way recommended Hoi An, the north, Sapa, Danang for the beach etc. Train travel is apparently rather easy and we really hope to return one day for a longer time. Vietnam has so much to offer from history and culture to people and of course food.

For recommendation or inspiration visit;